The view from our room in the Parador Olite. We had nice room overlooking a vineyard and part of the castle.

We had to leave Olite today after only 2 nights to go to San Sebastion. We had booked tickets from Oilite to Castejón which meant we were going backwards as we could not catch a train directly from Olite to San Sebastion.

The train arrived at 8:22 exactly as time, this was a regional train in tourist class which meant no seat allocation. The train was not too busy so no problem there.

We had to go back the way we had come a few days earlier and get out at Castejón - this was a rather quiet place that we had to spend 90 odd minutes waiting for our next train. 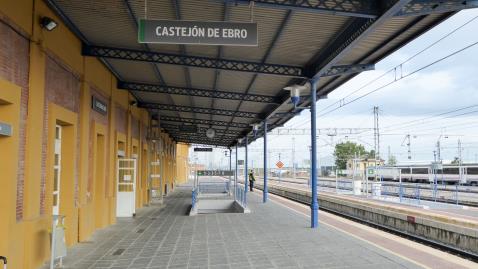 There was only 5 people there - Pam & I, a security guard, the guy selling the tickets, and another guy who seemed to just get some newspapers from one train and deliver them to the next train.

We tried to ask which platform our train would leave from but they did not speak English but we thought they said platform #1 which turned out to be correct.

So this train left Castejón at 10:30 and by 11:00 we just went past Olite on the way to San Sebastion 3 hours are arriving at the Olite station.

There was lots of tunnels and little towns nestled in the valley floors along the way.

We got out in San Sebastion and caught a taxi to our Hotel which was only about 5-8 minutes from the station for just under 6 euro.

It cost about 11 Euro for the taxi and the station was clean and tidy. It is the first train station that scans your luggage as you enter. You do not get scanned just the luggage.

We then waited for the gate to open (like an airport) so we had a coffee - it was horrible.

We found our coach quite easily and took up our seats ready for the 3 hour journey to Tafalla.

Time passed quite quickly as parts of the trip were very fast and some not so fast. 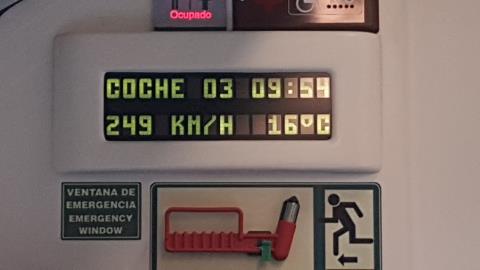 We arrived in Tafalla about 12:50pm right on time - it was pretty quiet with no Taxis outside the train station. 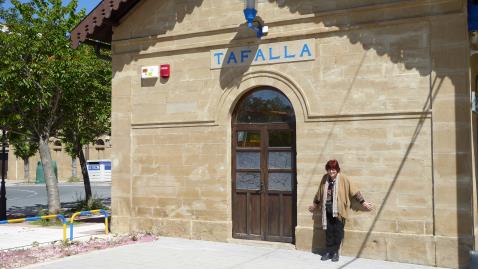 We knew where the taxi rank was so we headed off in the direction to find it.

No taxis there - but there was a man selling magazines & papers right next door so we asked him about the taxis. He came and showed us the telephone numbers for the taxis and he went back to his little shop.

So we were about the dial on of the taxis and he came back and said that there are no taxis and we should catch the bus which was in an hour.

I knew about the bus and tried to book it on a web site called Bus Bud but I could not book it. We asked the man about buying a ticket on the bus and he said yes so that was good. We had almost an hour to wait so we went and got a beer. There was a few tables filled with families having lunch so I went into the bar and asked for 2 beers - the man was not very friendly. His pouring of beers was rather piss pour as well with one beer filled up and the other about 75% and a lot of froth. 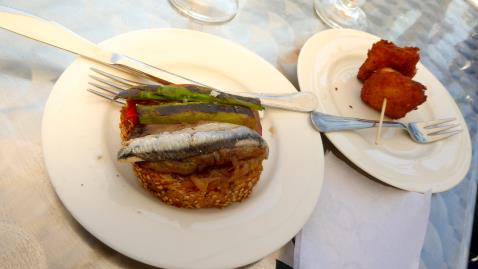 So we sat and had the beer and Pam bought two Pintxos for us to nibble. I said get the Squid or the Octopus, she came back with an anchovy and a potato croquet. 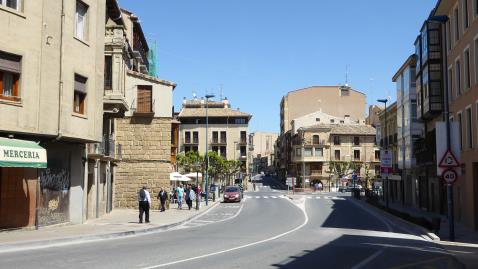 Since the place did not seems very good we decided to go and sit as the bus stop across the road. While sitting there i thought this is the wrong side of the road as the traffic was going into town and not out of town. Pam went and dbl checked with the friendly man from the paper shop and we crossed the road to the correct side. We were there only a few minutes when a bus showed up and I went inside and asked if it went to Olite and he said yes. So the 12:58 bus tuned up at about 12:40pm. Lucky we were waiting as the next was not until after 5pm and no taxis.

The journey from Tafalla to Olite is only  5km, it took about 7 minutes. We got off when others did as Olite was the first stop. We first thought maybe we go the wrong stop as it was 500 meters from the hotel. But no this was the correct stop - a long way from the old town with your bags. 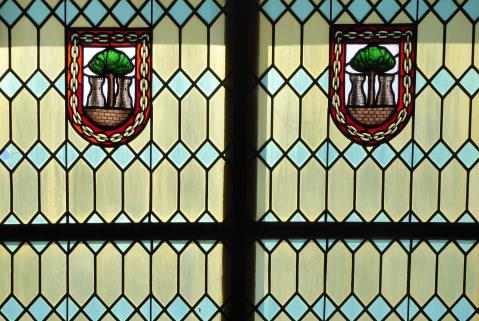 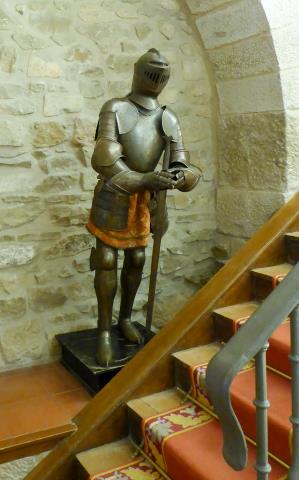 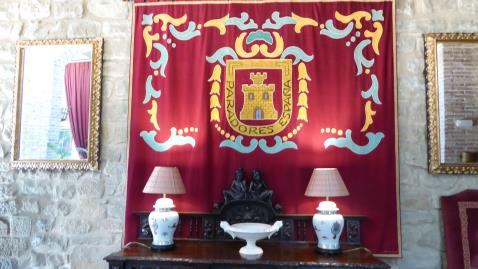