After arriving in Casablanca we needed to get to our hotel. The hotel we booked into was called Hotel Central, near the port.

We took the train from the airport to the city for 50 DH each in first class. First class had no Air Conditioning.

We then got a petite taxi to take us to the hotel. The driver wanted 5 EURO which is about 50 DH.  We offered 40 DH and he accepted. We later found out that we should have only paid a maximum of 20 DH

The initial impression of the area surrounding the hotel was it was a big dodgy with some people sleeping on park benches.

We never got harassed by anyone while staying there.

The view from our room 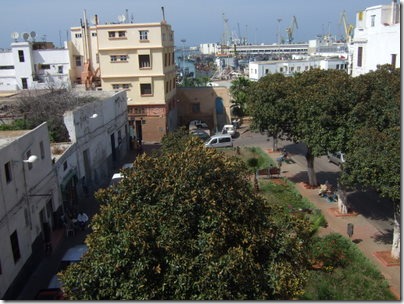 The view of the park outside of our room 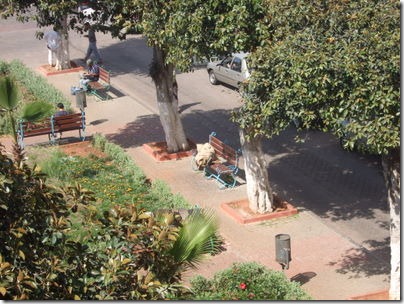 The hotel is quite basic, but it was clean and tidy although there were quite a lot of flies around. 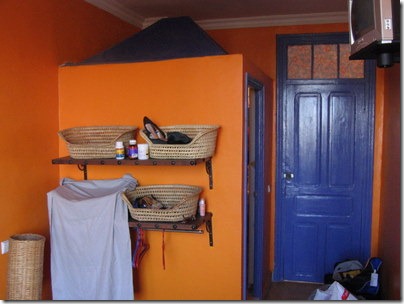 We stayed on a Friday and Saturday nights and found that there was a lot of noise outside most of the night with people, and vehicles, and of course the Muslim call to prayer at 3am

We booked over the Internet and paid 10% deposit by visa card. But when we had to pay the balance they said the visa machine did not work and they wanted cash. Sounds like a bit of a scam to me to get cash.

We ended up having to pay 720 DH in cash which was a bit of a pain.

After Pam and I arrived in Casablanca we got to our hotel and felt completely stuffed after travelling for 30+ hours.

We went for a walk to the Hussan II mosque which was only about 15 minutes from our hotel. 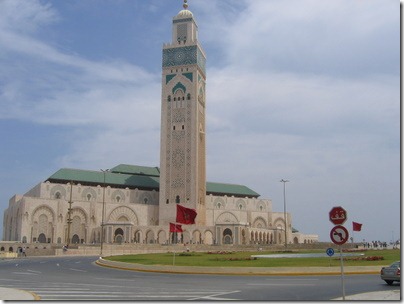 A closeup of the stone work 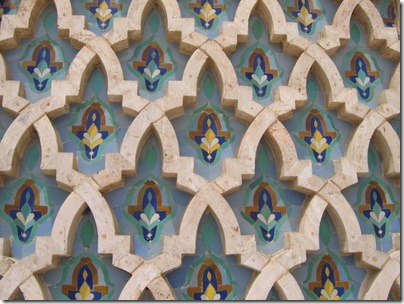 One of the doors to the Mosque 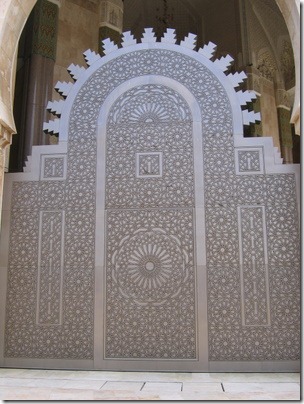 Some guy carrying stuff around the city 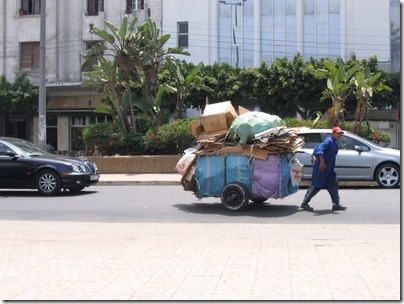 One of the markets in the old Medina 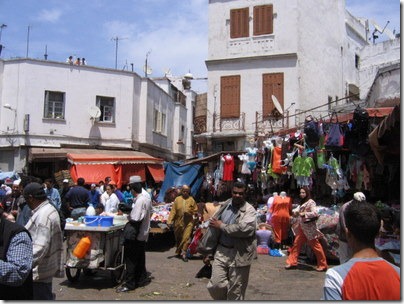 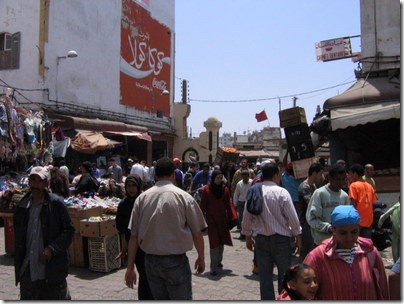 A restaurant that we went to for dinner 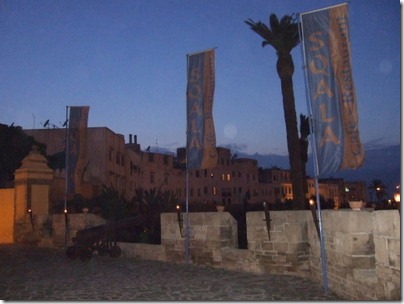 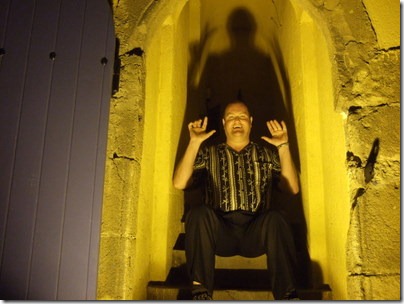