We arrived after the very short (although hot) walk from the airport to the Tahiti Airport Motel and had to wait to check in. A few minutes  relaxing was good.

We were staying in Room 209 which was situated on the side of the hotel – We had to walk around and up the back and then we were at the room level – no steps but a driveway that rose up a few times.

We go to the corridor (1:30am) and it was dark – could not find a light switch so navigated down the corridor in the darkness.

I found a room 213 so we went to far but could not see anything. Luckily I had a small torch on my key ring which I put into my computer bag so I found that after a few seconds and then we were in the room.

The room was very basic but also very clean.

I did not take a photo of the room which I guess I should have.

From memory it cost 13753 francs – or about $180 NZD which is quite expensive for a very basic room but we are in Tahiti.

We woke and went down for breakfast before a shower – breakfast was a plate with a croissant each and a bread roll + butter + a box of puffed rice .

Overall pretty basic but then we only needed something before our travel to Moorea.

The view from the balcony of the motel. 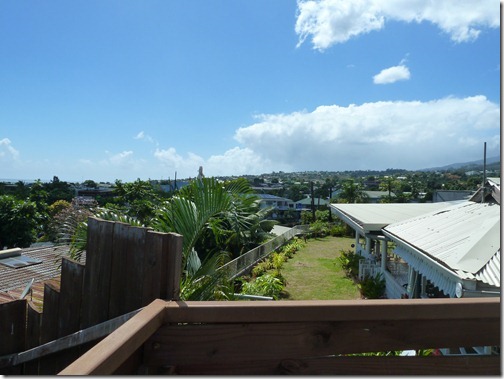 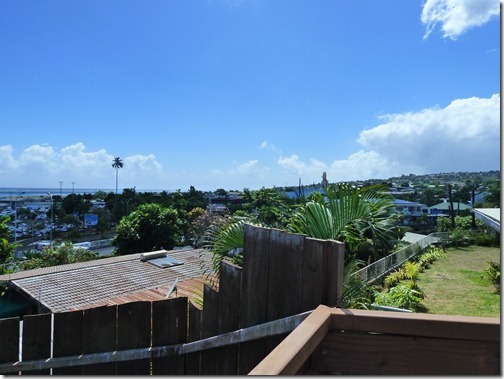 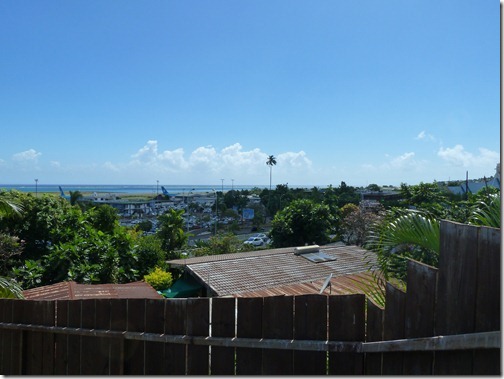 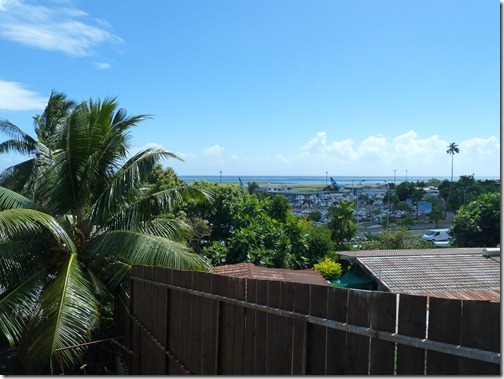 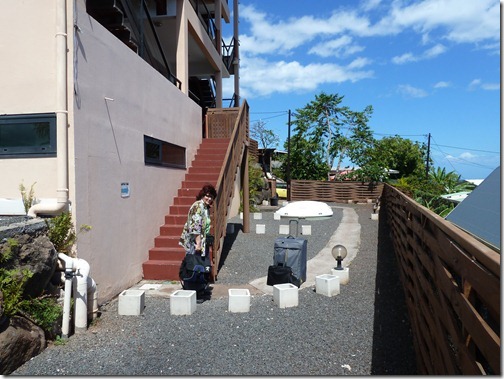 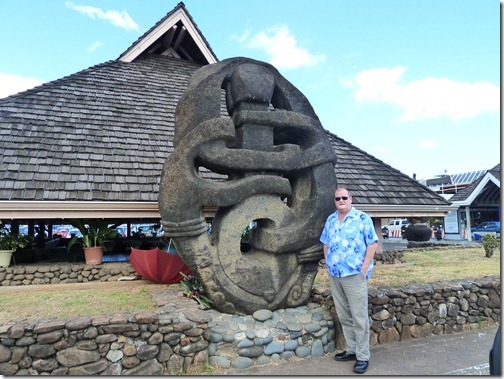 We had a busy morning taking the Cats & Dogs to the Cattery and the Kennals. Then we had an hour or two before Rebecca picked us up and drove us to the airport which was very nice of her.

Our flight from Christchurch to Auckland was at 1:30pm which got into Auckland not long later at about 2:3pm, our flight to Tahiti was at 5pm so we walked between the Domestic and International terminals – pretty standard procedure.

When it was time to board we noticed that a majority of the staff on the flight were French – we were flying Air New Zealand and even some of the menus in the on board entertainment system were in French.

The plane was good with a 2-3-2 configuration which meant that we had a pair of seats without that extra third seat in the way.

The flight is quite quick as we are only travelling about 4000 km and took just on 5 hours.

The entertainment on board was quite limited with about 20 movies with most being quite old and only 1 or 2 recent movies not that it mattered.

Upon arrival in Tahiti you are welcomed with traditional music just before immigration even though it was after midnight which was a nice touch.

A quick stop to get our passport stamped and we were off to pick up our bags.

I bought with me from NZ some herbs and spices since we did not know what was available in our house and I also cut some fresh Thyme, Parsley, and Tarragon so we decided to declare these. We told the man what we had and he just said to move on.

They did not scan our bags and we exited the terminal.

Pam was keen to get taxi to the hotel and I was happy enough with the idea even though it was only 500  meters. Well that was until we found the taxi rank and the guy wanted 2000 francs to drive us there.

I was not happy to pay this even though I knew it was an expensive place but this was a rip off.

So I caved in and said to Pam OK.

I put my bag in his boot but the man said no and went to find another couple and he refused to take us. Bloody good of him as it was less than a 2 minute walk!

I did not take any photo’s that evening but I did the next morning.

From the balcony at the motel – see the airport is right in front of you!

The first photo below is taken just after the lamppost in the above photo and over 1 road. 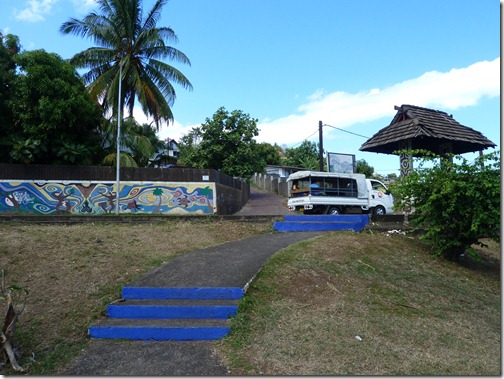 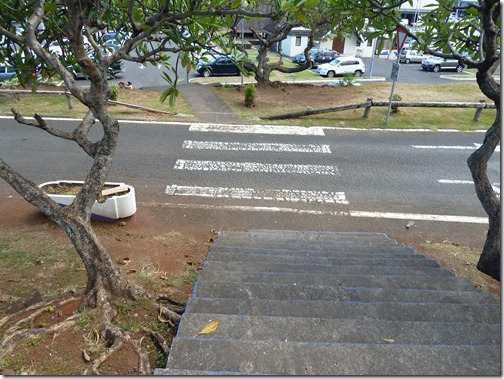 The second photo (right) is 180 degrees behind the first photo (left) and the top of the photo shows the airport car park.

$26 NZD to drive us there (and what's the bet he would have left us at the bottom of the driveway) where that vehicle is in the left photo above. What a wanker.