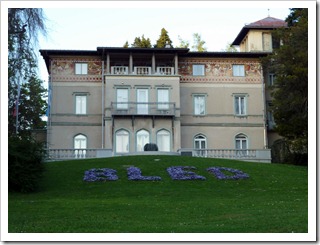 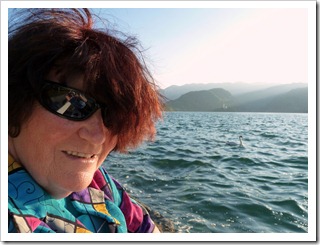 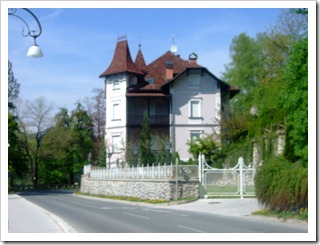 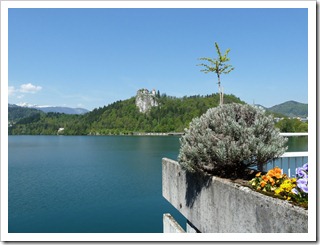 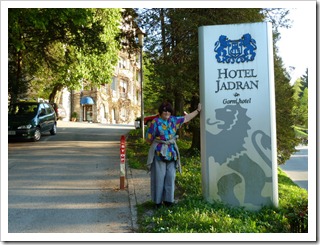 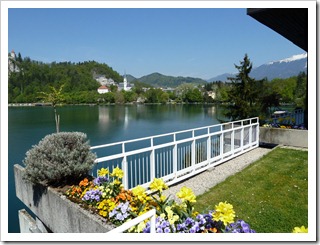 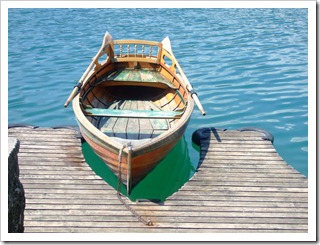 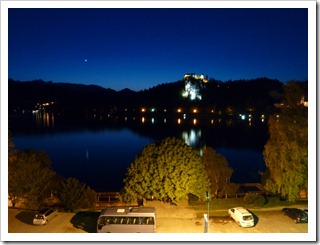 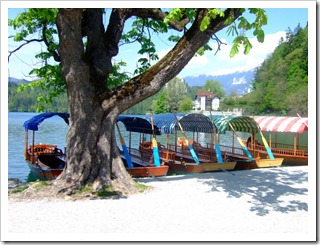 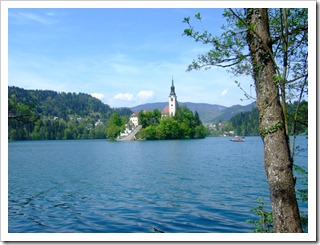 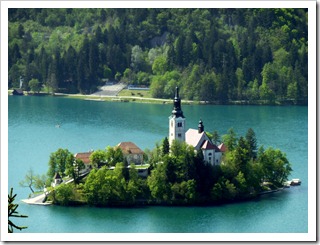 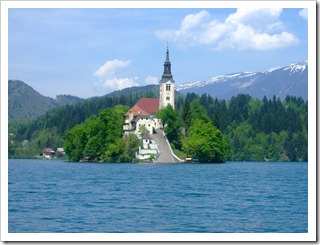 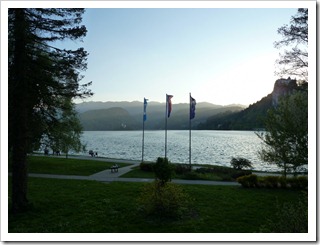 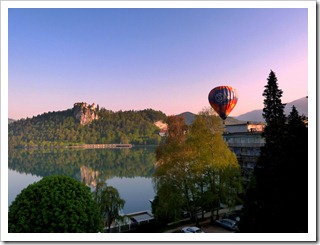 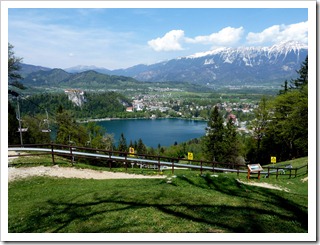 Pam had a Salmon Ravioli and Chris had Squid (again) 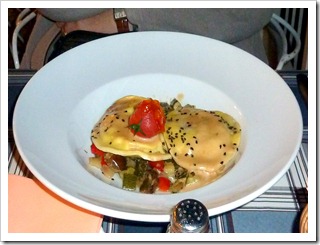 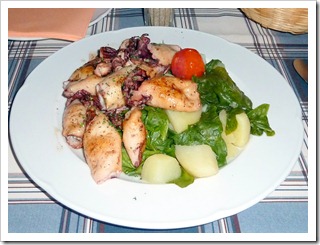 The following cream cake is a Bled tradition for about 60 years – it has a firm pastry on bottom, then a custard, and then a layer of cream and topped off with another sheet of pastry and icing sugar. 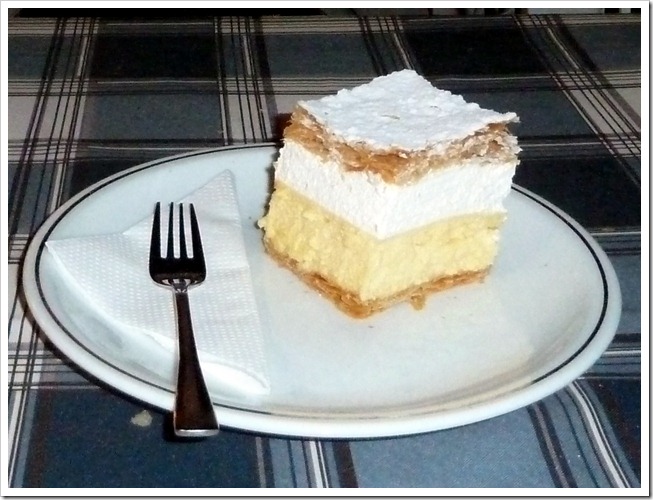 We found a little restaurant last night called “Ostarija Peglez’n” after trying to get into another restaurant that closed at 8pm – most were closed last night around 8pm, quite strange for a Thursday night.

We both had a nice dish of Squid with potatoes and spinach. 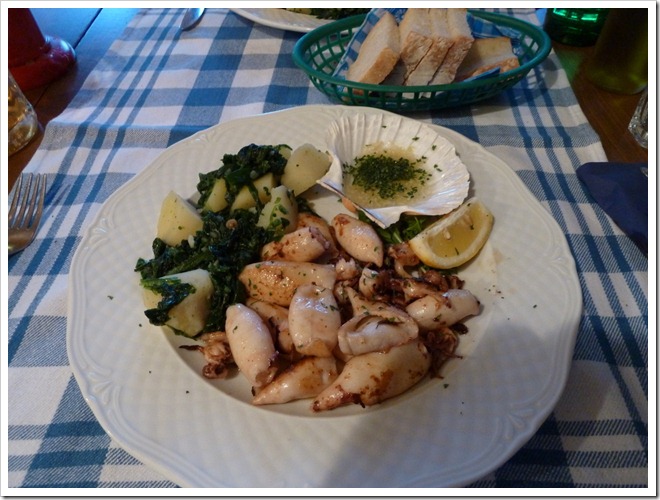 It was a very tasty meal.

The shell contained garlic and parsley

It is a lovely day in Bled. The lake is still and there is no wind.

I walked around the streets until i found the way up the hill. There you couild take a snow lift up to the top or walk - I took the snow lift as I have a blister from the walk up the Hallstatt hill - 4 euro return

This post was made from my BlackBerry somewhere near Bled 4260, Slovenia

We arrived at lesce bled after getting off the train. Lesce Bled is quite a working town - a bit of a turn off actually.

Pam and I were the only ones to get off the train which made me wonder if this was the right station!

we found that it was the correct station and we decided to catch a bus into bled itself - especially since there were no taxis at the rank.

We then went to a tourist office and asked directions to our hotel.

The lady was very helpful and gave me a map of bled.

We had to walk abou 10 minutes to get to our hotel.

Pam says that the hotel is a bit of a scrubber - or in order words - it needed a make over about a decade ago.

Nothing special in the room - no aircon, no fridge, no jug, no safe, no toiletries but it does have a nice lake view.

Time to look for dinner.

The Jadran Garni Hotel is close to Lake Bled, which has the longest swimming season of any alpine lake. The hotel is a wonderful starting point for a relaxing stroll in the local countryside and other interesting excursions. There is a large car park next to the hotel. The Grand Hotel Toplice, its sister hotel, offers a thermal pool as well as a host of wellness programmes. A private lido is close by.

The A on the map below is the location of the hotel in Bled.